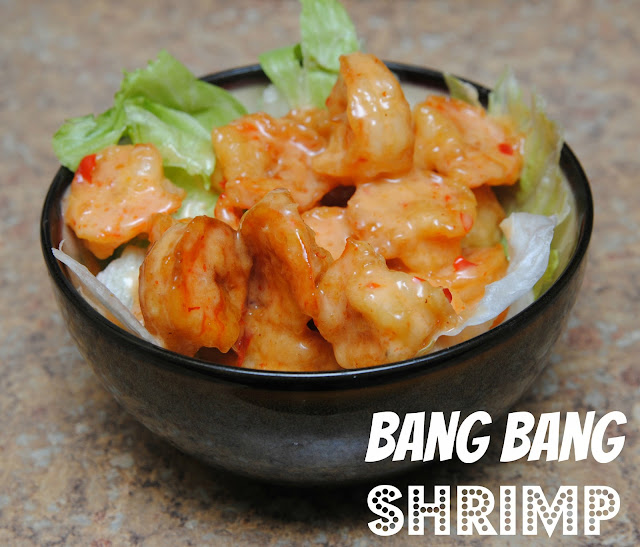 My husband and I have never been to Bonefish Grill but we’ve heard how awesome their Bang Bang Shrimp is so I’ve been wanting to make this recipe for awhile now.

The only problem – I’ve never fried anything before and I was afraid I would totally ruin the recipe.

So I headed over to my neighbor’s house and asked my neighbor’s Charles and Janett to cook the shrimp for us.  Yep, that’s how it works on my fabulous street.  I have the best neighbors ever!!  Then we invited the other neighbors over to try this AWESOME shrimp.

Yes. when I say awesome, I mean AWESOME!  I would highly recommend making Bang Bang Shrimp.  I promise it will be a huge hit.  We (ok my neighbor because I’m still too nervous to fry anything)  also made chicken tenders and coated them with the same sauce.  And I think I might like that even better than the shrimp Have you ever made or had Bang Bang Shrimp before? How did you like it?

And don’t forget to join this month’s Pinterest Challenge going on HERE. This fun and free cut file is perfect for #teacher

Need a fun Teacher Appreciation gift? Give your te

Does your flock rock? 🦩 Create the cutest proj